Wearing a fabulous pink sweater, a diamond choker and perfectly coiffed white hair, she was among the best-dressed on the plane. Surprisingly, she didn’t even seem to mind when the attendant came around and requested she remain stowed securely beneath the seat for the remainder of the flight.

In fact, Roxy never once complained about her drink service, stood up while the seatbelt sign was on or peed in the aisle during the two-hour flight. She was the perfect passenger.

Of course, Roxy’s owner had to shell out the $95 pet fare necessary to bring her Sealyham Terrier on the Southwest Airlines flight, but it’s a cost that she, along with a growing number of dog owners, are willing to pay have their canine companions accompany them, wherever they may be headed. 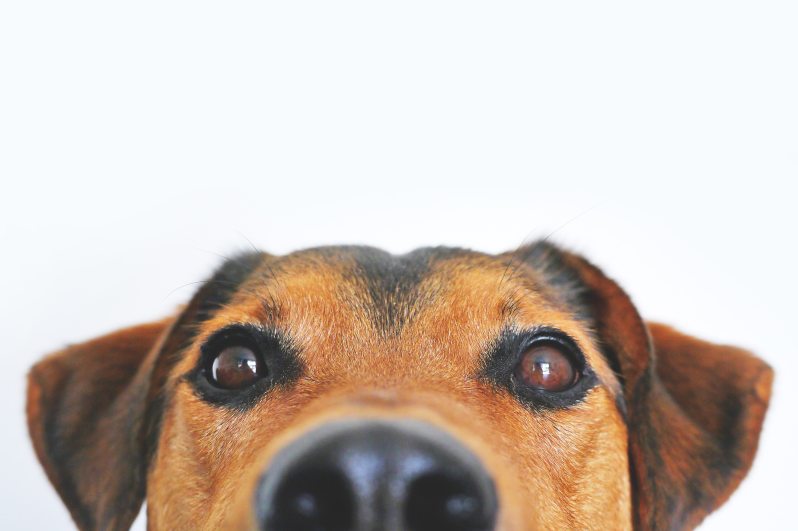 “Now, more than ever, people want to take their animals with them,” confirmed Michelle Agnew, a media representative for the airline. “We definitely see an increase in customers bringing their furry companion with them during their travels.”

And Southwest is happy to oblige, as are an increasing number of retailers, restaurants and various public and private venues that, like Southwest, recognize that as a society we are, ahem, going to the dogs.

Take a look around the next time you are, like, anywhere, and it won’t be long before you realize that our beagles, basset hounds and boxers are accompanying us pretty much every place we’re going these days. Ardent owners bring them on errands, on vacations, to events and even out to dinner, like four-legged kids that talk less (well, sometimes) and sit where you tell them to.

“People really love their dogs and they bring them all the time to shop and meet other dogs,” said Nicole Powell, marketing coordinator for The Promenade Shops at Evergreen Walk in South Windsor.

Because of that, she said, the center is dog-friendly, meaning that it allows “leashed and well-behaved” dogs on the property. And a decent number of stores even permit them to come inside if they’re leashed or, if small enough, carried in Paris Hilton-purse-style.

“The nature of our business is to cater to people’s lives and provide retailers and restaurants in a relaxed environment,” Powell said. “It’s not rushed or crowded, but more of a leisurely stroll. We host community events and offer amenities to our customers; a big part of that is dog-friendly shopping.”

To help promote that philosophy, many of the center’s retailers hand out doggie treats and put out bowls of water during the summer months. There are even several “pet stations” to assist when nature calls.

Leaps & Bones, an all-natural dog bakery and pet boutique at Evergreen Walk, is a canine hotspot and draws more than 100 participants each year to its “Howl-O-Ween Pup Party,” an annual Halloween costume contest for dogs.

Since opening in 2008, owner Amy Kenkel said that they’ve seen an explosion in pet retail.

“Since we started here, year over year we’ve seen a definite increase in our business. There are a lot of people coming in with puppies, especially baby boomers. You also have a lot of people who don’t have kids, and they are spending the money they would spend on kids on their dogs.”

Cali, a Staffordshire terrier, relaxes at Fleet Feet in West Hartford after taking a run on the treadmill in the dog-friendly store. (Courtesy of Jack Frew)

Robin Grant Hall considers herself a “dog mom” to Galena and Tucker, brother and sister Labradoodles that she and her husband have had for 12 years.

Though they got the dogs while their kids were still living at home, it was after the kids left for college that Grant Hall says her canine companions made a significant impact on her life.

“When the kids were home, I was ‘Mom,’ and then when they left there was a huge void, an emptiness when I was no longer an active parent. But every day when I come home from work, I have these two adorable, excited dogs, wagging their tales to see me.

“Like all crazy dog people, I talk to them, say ‘hi,’ and ask them how their day was, like they are one of my kids.”

Having that attachment is important, according to Grant Hall, who in addition to her dog mom status is also a psychologist in Glastonbury and expert in post-traumatic stress disorder. She believes that for many of her clients, there’s no better solution on a daily basis to help with loneliness, anxiety and depression than having a dog or cat.

“Clinical evidence shows that animals help us feel better. The bond or relationship with those animals helps soothe people and keeps the stress hormones down.”

And they also provide a comfortable starting point for social interaction. Folks who might not otherwise start a conversation with one another often bond over their dogs when they are out in public places.

“They become connected,” said Grant Hall, “You can walk up to a stranger and talk about their animal, and it draws people in and gives us connection.”

Our dogs also give us permission to be expressive and sort of stupid, too.

You need not look far to find a Fido fanatic who has more selfies with their Pekinese than their first-born, along with a host of absurd, made-up nicknames.

But according to Mary Ellen Walsh, canine behaviorist and founder of The Grateful Dog in Newtown, it’s becoming more commonplace and she explained why.

“Dogs have always been there, but typically more under wraps. People used to feel silly expressing their love for their dogs publicly, but after the fall of the economy, the housing market, and with so much tension in the world, dogs bring a sense of normalcy, love and witness to our lives.”

So in a dog-eat-dog kind of world (yes, pun intended), our animals bring us together, offering us comfort and distraction from the harsher realities of our day-to-day lives.

And like Grant Hall, Walsh sees a lot of people filling the need for companionship with dogs.

“They bring out a lot of nurturing in people and make you feel like they can’t survive without you. A lot of empty-nesters fill the void with dogs. It’s great because it’s not quite the same commitment as having a family; you have more latitude, can travel, but still have all that love.”

While she doesn’t necessarily agree with the old adage that people sometimes resemble their dogs, Walsh does believe that we are drawn to dogs that we identify with and that appeal to us on some level.

“Do we pick dogs that mirror our personalities? Yes, I think so. Golden Retrievers have warm, inviting personalities and are happy-go-lucky, Labs, too. German Shepherds are noble, dependable and protective. People who choose a certain breed, identify with that kind of dog.

“Maybe a certain dog fulfills a childhood dream… there are just as many reasons as there are people.”

One thing that is universal is what we love most about our dogs.

“The loyalty, affection and acceptance,” said Walsh. “Dogs are always at the ready; they love us unconditionally and there’s just no place else to find that kind of love.”